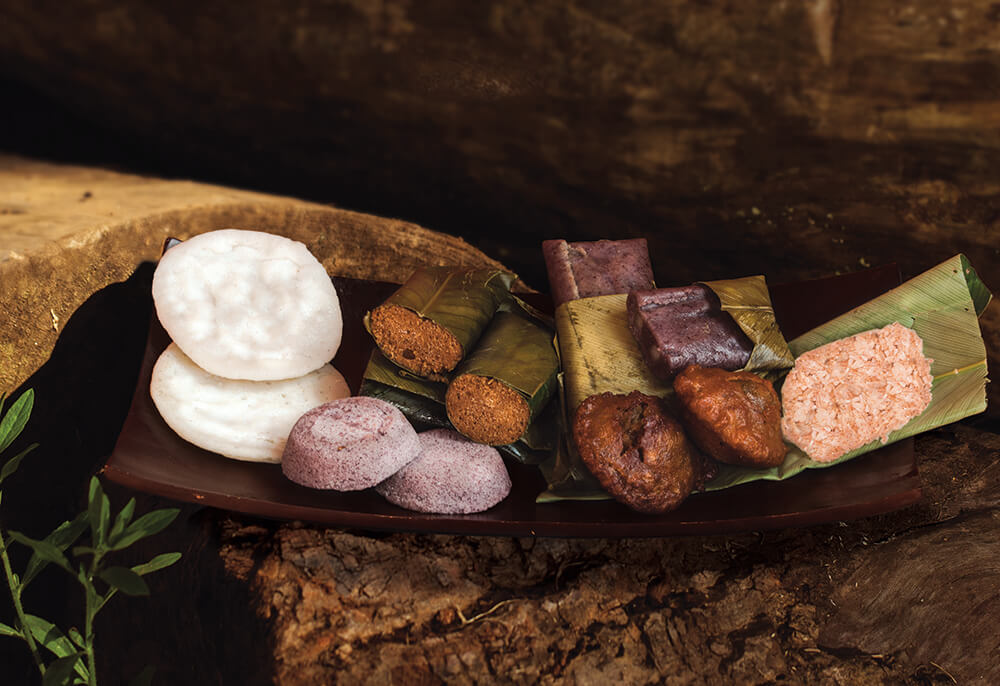 Smart Village Movement works towards building Smart Villages to empower rural communities in India. In this Part 2 of our Blog Explore Meghalaya – Food & Culture of Meghalaya, we’d like to honor the beauty of the natural environment, culture, and people we seek to enrich and strive to open global markets for them.

Meghalaya is a hilly belt in the northeastern part of India endowed with splendid natural beauty, mild weather, and plenty of rainfall that keeps the soil rich and fertile, and the land green as far as the eye can see.  The staggering natural beauty of Meghalaya, this “abode of clouds”, is an ideal vacation spot that delights tourists from all over India and the world with its diverse insights, landscapes, food, festivals, music, and culture that can be traced back to the rich cultural heritage.

The state is the wettest region in the world, with areas recording an average of 470 inches of rain a year. About 70 percent of the state is forested. The Meghalaya subtropical forests are notable for their biodiversity of mammals, birds, and plants.

Meghalaya is well-known for its traditional foods that come from farms tended by local smallholder farmers who adopt sustainable agriculture methods.

It is primarily an agrarian economy with about 80% of its population depending entirely on agriculture for their livelihood but struggling to market its products. Rice is the dominant food grain crop accounting for over 80% of the grain production in the state. Other important crops are potatoes, maize, wheat, and are renowned for their horticultural crops like orange, lemon, pineapple, guava, litchi, banana, jackfruit, plum, pear, peach, and spices.

The world’s most potent and pure turmeric is grown here in the Lakadong region, with curcumin concentration at about 7-10%. But does the world know this? One of Smart Village Movement’s goals for rural development is to assist farmers in being good stewards of their land and resources and to increase productivity, profitability, and marketability of their products. Interested in learning about the SVM project in boosting Lakadong Turmeric? Click here to sign up and visit our Open-Innovation Platform Solution for Turmeric Production.

Jhum Farming- A significant threat to the biodiversity of Meghalaya

Jhum farming, or cut-and-burn shift cultivation, is an ancient practice in Meghalaya. It is a culturally ingrained traditional practice passed down to generations through folktales. In modern times, shift cultivation is a significant threat to the biodiversity of Meghalaya. Shifting cultivation involves the clearing of forest areas to grow agricultural crops for a short period of time, ranging from over 1 to 10 years. After this period, the cultivation is moved to another site. The farmers may or may not return to the old site after the fertility of the soil has recovered. This primitive method of cultivation has been used for thousands of years. In spite of its adverse ecological effect on forested areas, it is still practiced in a few communities of Meghalaya.

Satellite imaging studies show how to shift cultivation practice continues and patches of primary dense forests are lost even from areas protected as the biosphere. Jhum farming is a threat not only for natural biodiversity, but it is also a low-yield unproductive method of agriculture. It is a significant issue in Meghalaya, considering that the majority of its people rely on agriculture to make a living. Shift farming is a practice that is not unique to northeastern Indian states such as Meghalaya, but the issue is found throughout Southeast Asia. Read more about Smart Village Movement’s interventions to introduce Satellite Enabled Technology for Crop Tracing.

On a Lighter Note: Let’s Talk About Food and Culinary Travel:

Meghalaya is a land of diverse cuisines with distinct flavors and styles. The staple food of Meghalaya is rice eaten daily with spicy meat and fish preparations. The people of Meghalaya rear goats, pigs, fowl, ducks, and cows and enjoy meat consumption.  The food types differ among different communities of the people. Let’s explore some of their main cuisines:

Khasi-Jaintia cuisine is a unique cuisine blend with Assamese and Bengali influences. It is a very minimalist style – they barely use any spices except onions, ginger, sesame seeds paste, turmeric, and mustard oil. The two main cooking styles are smoking and fermenting. Khasi people are one of the oldest ethnic groups living in India today and are one of India’s indigenous matrilineal societies where women control property, inheritance, and dominate public spaces.  Their language is called ‘Khasi’ or ‘Khassoum’. Today they live mainly in the districts of Jaintia Hills, Garo Hills, West Khasi Hills. Khasi delicacies are largely dependent on rice. Rice is prepared either plain or mixed with ginger, turmeric, and onion which is called ‘jastem’. The fermented soybean in this region is ‘Tungrymbai’. It has a strong odor and is very popular, especially during winter. Different types of rice ‘pancakes’ are also popular.

The cuisine of Jaintia people includes many delicious mushroom dishes. The Jaintia people make lots of indigenous and unique dishes prepared from various mushrooms available. Mushrooms are commonly known as Tit Tung in this part of the country. The locals prepare mushrooms mixed with pork and add black sesame seeds to the dish to give the preparation a distinct touch and flavor.

The Khasi and Jaintia people have their popular dishes like Jadoh, Do’o Kappa, Dohjem, Tung Rymbai, and pickled bamboo shoots.

Garo Cuisine: Garo cuisine is simple to cook with small variations that bring in a rich flavor. The Garo tribe cook dishes like rice with Kappa (a curry) and they enhance flavors by using potash in curries, which is obtained by burning dry pieces of plantain stems or young bamboo locally known as Kalchi or Katchi. After they are burnt, the ashes are collected and are dipped in water and are strained in a conically shaped bamboo strainer. These days most locals use soda from the market in place of this ash water. Apart from other drinks, locally brewed liquor plays an important role in the life of the Garos.

Many Garo dishes like Minil Songa, are prepared by keeping them on bamboo shoots. They also ferment rice beer known as “kyat ” which is a traditional beer consumed during ceremonies and celebrations. The staple food of Meghalaya is Pork- Try this Traditional Garo Style Chili Pork at home. Mylliem chicken is famous in these parts and gets its name from the village where it was first prepared. The chicken is cooked with different condiments, most notably, the small round Khasi peppers which give a distinctive taste and flavor.

One of the important ingredients in preparing ‘Nakham Bitchi’ (a hot spicy soup) is the special dry fish (Nakham). Preserved fish or meat is widely used in a variety of cooking methods. A typical Garo meal would consist of rice, one or two meat/fish dishes, and of course the relishing dry fish soup. (some captions for Images).

One of the ways to truly experience the soul of a foreign land and know its people is to explore their local cuisine. If you’re lucky to be invited home by the hospitable locals, don’t miss the opportunity! The next best would be from a street vendor who has likely perfected their skills at one of the above delicacies.  Stay tuned for next month’s blog where we discuss some of Meghalaya’s most popular festivals.

Dohkhlieh: It is a type of pork salad made with boiled pork and onions with a sprinkling of chilies as desired.

Sign up for our monthly newsletter to receive updates about SVM and our interventions to build Smart Villages in rural communities.