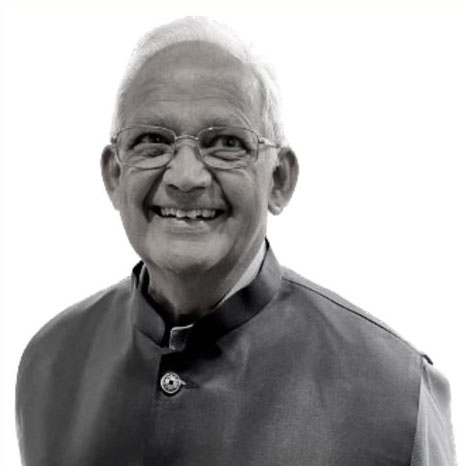 The Value of Soft Philanthropy

About Manu Shah: Manu Shah is the CEO of M S International, Inc., a leading distributor of premium surfaces such as granite, marble, porcelain, ceramic tiles, and more from 35 countries. The company’s products are used in flooring, wall tiles, countertops, landscaping, and many other building applications. They have 26 distribution centers across the United States and service over 3,000 retailers, fabricators, and distributors of natural stone and tiles. Manu previously worked as a Senior Project Engineer at International Trucks and a Senior Engineer at Ohio Brass. He received an Excellence in Entrepreneurship award in 2013 and holds an MSME in Mechanical Engineering from Purdue University and a B.S. in Mechanical Engineering from University of Bombay. Mr. Manu Shah is a Key Supporter and Donor for Smart Village Movement education initiatives.

About MSI: M S Internation Inc. is a leading supplier of flooring, countertop, wall tile, and hardscaping products in North America. Founded in 1975, the company is headquartered in Orange, California, and maintains over 30 state-of-the-art showrooms and distribution centers across the U.S. and Canada. Their product line is imported from over 37 countries worldwide, and their daily operations provide jobs to over 150,000 people, supporting over 600,000 people. The company focuses on creating value through any venture they begin, whether for-profit or non-profit. MSI is also dedicated to giving back to local communities through the MSI Charitable Trust and Sarva Mangal Family Trust. Giving back is a core value for the company; they focus on direct and indirect ways to impact the community.

Sarva Mangal Family Trust: The organization aims to improve and strengthen the health, education, and wellness of communities and help them prepare for global jobs of the 21st century. Sarva Mangal is a Sanskrit word that means “Goodness to All.” https://www.sarvamangalfamilytrust.org/

If you could fix one problem, what would it be?

We started our journey at MSI to create jobs. Today, MSI supports 400,000 jobs around the world, including in India. Because there are not enough jobs in rural areas, young people often migrate to cities. While it is easier to find a job in the cities, it is difficult to find housing. This is why slums are created. The type of work that MSI does in stone and in porcelain creates jobs in rural areas. There are many challenges with creating jobs in rural areas. One big challenge is preparing young people in rural areas for the jobs of the twenty-first century. To do this, we support early childhood education initiatives focused on children between the ages of six months and five years. If we miss this window, then the children that are behind will remain behind in education and in work for the rest of their lives.

Why do you do the work that you do?

I come from a lower middle-class family, relatively speaking. I was the youngest in my family, with eight older siblings. When we moved from Kutch to Mumbai, my family lived in a 390-square-foot home. This is not unusual for the vast majority of Indians living in big cities. At that point, it occurred to me that education is important, and my mother also encouraged me to study. I educated myself and graduated as a mechanical engineer in 1967. That was the year that there were no jobs in India—zero jobs. Engineers could only get a mechanic’s job working in the mills, so I had no choice but to move to America. That was when I decided that if I work hard and am lucky, maybe someday I will create jobs for others. It is my own experience of not having a job that made me realize that the best thing that you can do for a person is to give them a job.

How will you know that you have left the world a better place?

I am not running for history. It does not matter to me whether I am popular, or whether people think that I am a hero. I want to make a difference in the lives of others. We have impacted five million people through our work. I want to uplift another two million people from “nothing to something” in my lifetime. There are a lot of us, including myself, who went from “something to better.” I want to uplift those who start with nothing through soft philanthropy. Hard philanthropy is when you give money to build a school or a hospital that has your name on it. That building will be there for the next hundred years, maybe longer. Soft philanthropy is when you give someone an education, and that person does not know who supported them–your name is not written anywhere. This is the type of philanthropy that I am interested in.